Hello! My name is Melissa Snark, and I’m a fantasy and romance author. If I could have a

moment of your time, I’d like to ask for your help as a reader. Please consider nominating my Norse folklore fantasy novel Battle Cry on Kindle Scout.

Amazon’s new publishing program is called Kindle Scout, an innovative platform that provides readers with a sneak peek at unreleased books as well as the opportunity to have a say in what gets chosen. The timing of Scout was amazing. The announcement came just as I neared completion of my novel. The terms being offered are attractive. As a publisher, Amazon has as much clout as one of the traditional publishers. This simply seemed like too good of an opportunity to pass on, so I submitted Battle Cry for consideration.

Per the FAQ: How does Kindle Scout benefit readers?

Kindle Scout readers get to preview new, never-before-published books and influence which ones are made available to millions of readers on Amazon. In addition, any time a reader’s nomination gets published, they will receive a free copy.

I appreciate your support!  To nominate Battle Cry, you only need to be logged into your Amazon account. You can head over to the Kindle Scout website and view Battle Cry’s profile page. If you like what you see, please consider voting for Battle Cry.  Thank you so much!

family and followers above all else. When the daughter of his closest ally murders Daniel, his oldest son, it sets off a chain reaction of violence and destruction that claims the lives of both wolves and hunters. Determined to avenge his son, Jake seeks the truth at any cost.

After losing her lover and then her mate, Victoria Storm simply wants to get on with building a new life in Sierra Pines, California. A vengeful Jake Barrett and his organization aren’t going to make that easy, especially with the unwelcome attraction between her and the Hunter King’s second son. Perils beyond the mortal coil plague Victoria.

When the Norse Fates predict Victoria will destroy the world, her duties as a priestess of Freya come into conflict with her responsibilities as a Valkyrie of Odin. When they tell her she will do it to save her unborn child, she’s not so sure they are wrong.

Sawyer Barrett has been trying to kill Victoria for so long, he doesn’t know whether he loves her or hates her. Desperate to end the war, he’s willing to take chances with everything–except his heart. The hunter harbors a deadly secret he can’t reveal without risking the ceasefire and his life.

At Sawyer’s urging, Victoria agrees to peace talks with Jake. All the while, an ancient vampire plots the destruction of wolves and hunters alike. If the embittered rivalry between hunters and wolves doesn’t end—and fast—there is no hope for Victoria’s pack… or for their world.

There stands an ash called Yggdrasil,

A mighty tree showered in hail.

Thence come the dews that fall in the vales.

From there come women, very wise,

Three from the lake that stands ‘neath the pole.

One is called Urðr, another Verðandi,

Skuld the third; they carve into the tree,

Each child’s life and destiny.

~Völuspá or “The Insight of the Seeress”, Poetic Edda

Urd’s Well at the roots of the World Tree

The white wolf ran along the trunk of the great ash tree. Her claws dug into the silvery bark while she descended the trunk toward the bottom of the Nine Worlds. Thick gnarled roots radiated from the tree’s immense base and then grew thinner. Just beyond, the dark waters of the Well of Urd formed a vast lake spread outward into eternity.

There, destiny awaited: her future and her unborn child’s.

Upon reaching the sandy soil, Victoria shifted from her wolf to her human form and walked naked to join the Norns gathered about the shallow shore. The Norns, the Sisters Wyrd, personified Fate.

One a maiden, one mature, the last a crone: Verðandi, Skuld, and Urðr.

At the lakeshore of the Well, the three sisters filled crude wooden bowls with water that nurtured the tree. The youngest sister, the beautiful maiden Verðandi who personified the Present, smiled in greeting. “You visit us again, Victoria Storm.”

“As you predicted I would.” Victoria spoke with deference. She sought guidance from the Norns and needed to curry their favor.

Skuld, an imposing woman in her middle years and the Future incarnation, labored in ominous silence beside her older sister, Urðr, a gnarled old woman and the Past aspect of Fate.

Without a word, wizened Urðr thrust the bowl she gripped in her bony fingers into Victoria’s hands. The vessel, hewn from weathered gray wood, had shallow sides and a broad, flat bottom. Securing a firm hold, Victoria stepped into the lake and grimaced when the frigid cold bit into her flesh. She placed the lip of the bowl to the water and then filled the container to the brim.

Old Urðr said, “The man you loved has died.”

Victoria’s foot snagged on a stone, and she stumbled. Water sloshed over the brim and doused her hands. She lost half the contents of the container before she recovered her balance. Her throat worked in a convulsive swallow. “No, you’re mistaken. I was there when he died. I saw Daniel’s soul cross over.”

“I am not mistaken,” Verðandi said with genuine sorrow. The youngest Norn stepped away.

Mouth open, Victoria rushed after her, determined to demand the Present Fate provide her with a satisfactory explanation, but the old woman got in her way.

Urðr’s lips pulled thin over cracked and yellowed teeth, an expression more grimace than grin. “Your mate has also died, as have so many others. You leave a trail of death in your wake.”

“Also true.” Grinding her teeth, Victoria followed the Norns to the base of the tree. She walked slowly, placing each step with precision, taking care not to spill another drop.

The three sisters each took a turn watering the roots of the tree. Verðandi acted first, followed by the silent Skuld, and finally Urðr. The eldest persisted in taunting Victoria. “Your love and your mate were not the same man.”

Scowling, Victoria bent and poured water on a root until her bowl was empty.

“The past is the past. There is nothing I can do to alter it,” she said with determined pragmatism. “I’ve come to see you because I am pregnant.”

Youthful Verðandi clicked her tongue against the roof of her mouth. “You doubt yourself. You drown in sorrow and anger.”

“True enough.” Victoria bobbed her head once. Her temper roiled beneath ironclad self-control. She had no patience for delays, no use for games. She wanted answers.

Shade enshrouded Skuld, and her voice manifested upon the air, thick and oppressive, closing in from all sides. “Your daughter will not grow to adulthood in Midgard.”

Victoria’s heart slammed against her breastbone. Her breath expelled in a horrified gust. The bowl dropped from her hands and flew to protect her abdomen. “What do you mean?”

“Your daughter will be taken from you on the eve of her third birthday,” Skuld said. “The one you trust most, a member of your own pack, will give the child over to your greatest enemy.”

A growl trembled in Victoria’s throat, and her entire body shook under the dual assault of fear and rage. The suggestion of betrayal from within her own pack filled her with disbelief to the core of her being. It was unthinkable. Gritting her teeth, she sought a solution, refusing to dwell on it. “How am I to prevent this?”

“We speak of what will come to pass,” Verðandi said in a sympathetic tone.

“Your predictions are not carved in stone,” Victoria said. Arguing with Fate was a foolish endeavor, but she refused to accept their prophecy.

Stubborn determination settled over Victoria like armor. Her mother had taught her there was no absolute fate, just as there was no absolute free will. Life consisted of a wide range of possibilities between the two extremes. She refused to allow her daughter to die at three years of age. She would move worlds, alter fate, slay gods.

“Do you wish to save your child?” Skuld asked.

Victoria answered without thought. “Yes. I’ll do anything. Tell me. Please.”

“The final days are upon us,” Verðandi said.

Skuld took over speaking. “To save your daughter, you will side with Loki against the Aesir. You will use your enchanted dagger to cut the binding of the great wolf Fenrir. You will be responsible for freeing the beast that kills Odin.”

Victoria’s stomach turned. Her head shook in automatic denial. “When the gods imprisoned Fenrir, my people pledged fealty to the Aesir. We have served them loyally ever since. Even when we were driven from the homeland, almost a millennium ago, we remained faithful. I will never cut Fenrir’s bonds. To do so would end the world we live in and doom us all.”

Skuld’s gaze held steady. “You will.”

Victoria snarled her denial. “No. I will never become the servant of the Trickster or willingly take part in bringing about Odin’s death.”

Skuld turned her head and pinned Victoria with one black eye that rolled in its socket like a liquid marble. “To save your daughter, you will.”

Melissa Snark is published with The Wild Rose Press & as an Indie author with five unique titles: A CAT’S TALE, THE MATING GAME, LEARNING TO FLY, THE CHILD THIEF, and HUNGER MOON. 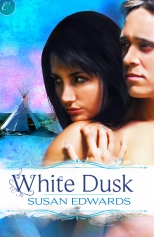 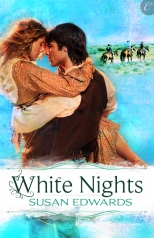 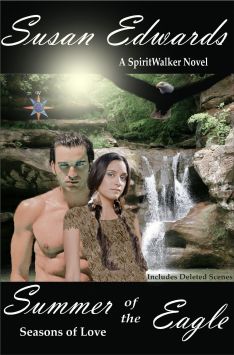 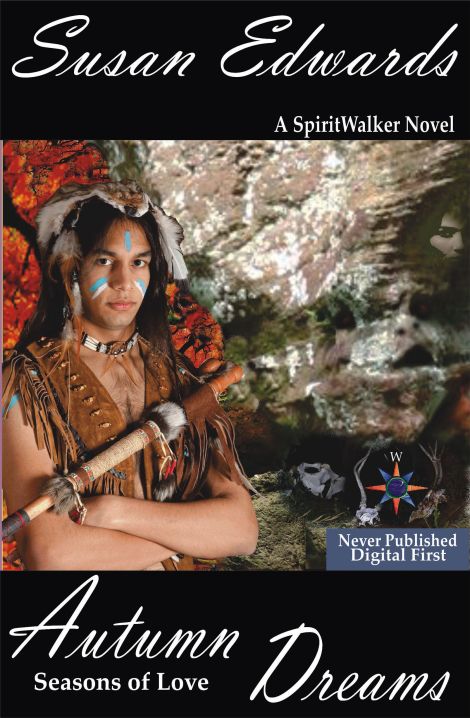 The Big DayJanuary 23, 2015
Snow & Her Huntsman is Available

All in The Family – Susan Edwards